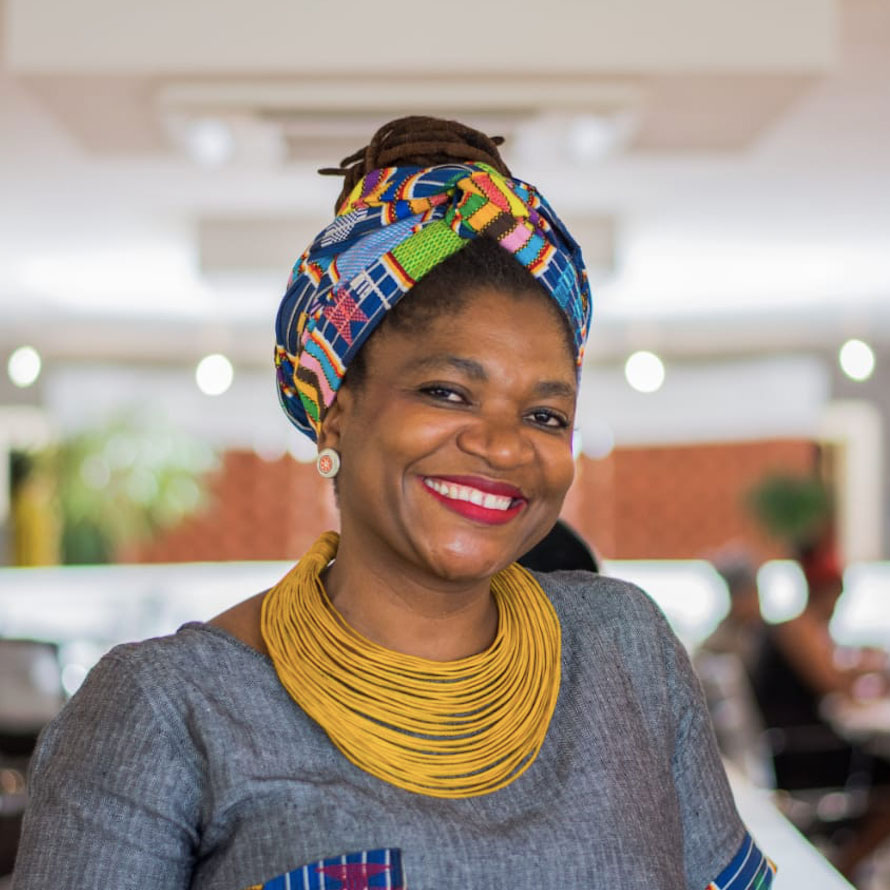 One year after Cyclone Idai devastated Southern Africa, questions remain about the region’s disaster preparedness. In Mozambique alone, Cyclone Idai killed more than 1 300 people, a high death toll that could have been avoided with timely intervention from local and regional actors.  Specifically, many rural communities suffered because they didn’t have the right information at the right time and in the right format about the extent of the danger they faced.

As the continent begins to grapple with the unprecedented coronavirus pandemic, these questions have never been more pressing.

Weather scientists believe that climate change will lead to an increase in natural disasters, particularly in Africa, because the continent is warming faster than the rest of the world. By 2100 the temperature increase is projected to be between 1.4°C to 5.8°C degree compared to 1990. Extreme weather events such as Cyclone Idai will continue to devastate African communities and economies.

I spent the week leading up to the first anniversary of the cyclone in March with communities affected by the crisis. In Zimbabwe, one man told me that he was washed away by raging waters in his sleep. He was found the following day, and neighbors carried him on foot for 20km to the nearest health facility. He was counted as one of the people who was forewarned because earlier that day he had received a text message from his brother about the impending cyclone. But he dismissed the text message as he did not know where it originally came from. He only knew his brother had received the same message from a cousin. Dealing with second-hand information unverified by formal institutions, he made no plans to evacuate and, consequently, nearly died.

Similarly, in 2015 I spoke to farmers in Malawi after that year’s weather disaster — heavy floods. Many farmers in the Lower Shire Basin heard about the anticipated floods through weather reports on the radio. They had survived earlier floods because they had an elaborate traditional early warning system that indicated it was time to move to higher ground.

But the 2015 floods were not ordinary floods. Residents should have evacuated the area completely. When I asked them why they had not, they said, “No one told us about the extent of the floods.” The national department of meteorological services had not provided crucial details that would have enabled the villagers to take appropriate action. The same communities in Malawi were hit by Cyclone Idai four years later.

Information in the appropriate format and at the right time is crucial to disaster preparedness. This information must be provided in a way that assists everyone, at all levels, to make timely decisions. Yet, across Southern Africa there are few financial and technical resources to enable decision-making at a local level. Meteorological infrastructure in the region has deteriorated, creating difficulties for weather and climate services, and national and regional disaster-risk reduction. Although  many factors are at play, a common thread in the three countries affected by Cyclone Idai is the unreliability of information, how it was delivered, and whether it came from a trusted source. Crucially, the warnings generally failed to accurately describe the expected severity of the cyclone.

In 2016 the Southern Africa Development Community (SADC) adopted a Disaster Preparedness and Response Strategy and Fund to mobilise resources and assist member states to develop common standards for disaster management. However, when Cyclone Idai hit the region, SADC admitted that the fund was still a work in progress. SADC was only in a position to pledge $500 000 for relief efforts, whereas the infrastructure damage was estimated at $2-billion. The regional body was highly criticised for failing to provide financial resources that matched the scale of the calamity.

And what’s at stake from a failure to respond appropriately? In Mozambique, Cyclone Idai affected 1.8-million people and 240 000 houses were destroyed. More than 500 000 families in Mozambique lost crops equal to 80% of their annual income and food, while 50% of the registered damage was in poor neighbourhoods. And the cyclone affected food security in the long run, as many of these communities are a year later still struggling to piece their lives back. Indeed, the World Bank estimates that, as a result of the effects of climate change, Mozambique will lose between $600 000 and $1.2-million a year until 2030.

SADC also established a regional Climate Services Centre at the Meteorological Services of Botswana to provide facilities for monitoring and predicting climate extremes and seasonal forecasts. This centre should produce information that is useful to farmers, as well as monitor changes in the climate in the long term. However, speaking at a Building Back Better Conference last year Dr Ernest Afiesimama, from the World Meteorological Organisation regional office, said that the SADC Climate Services Centre desperately needed to strengthen its capacity, particularly in sharing early warning information between member states, in which the SADC lags behind other regional climate centres in Africa.

Strengthening the capacity of the Climate Services Centre and implementation of the SADC Disaster Framework requires urgent government attention. We need to know early — and know better — at all levels to better protect our most vulnerable communities from threats of extreme weather events. Unfortunately, SADC does not have a good track record of implementing its strategies and policies.

Responses to the coronavirus, for instance, have shown the importance of public education and providing individuals with timely information that allows them to take informed action in the time of disasters. However, to boost its disaster response and strengthen access to climate information, SADC requires financial support from the rest of the international community. After all, Africa is the most vulnerable to the effects of climate change, but the continent contributes only 5% to global greenhouse-gas emissions and is, therefore, the least culpable.

Masego Madzamuse is the chief executive of  the Southern Africa Trust. She is also a 2020 Aspen New Voices Fellow

*As published in the Mail & Guardian

More from Voice of The Trust

Youth representatives from across Southern Africa share how their organisations have responded to COVID-19 in their respective communities.

Closing the gender gap: How Women Farmers in Southern Africa can be empowered

In sub-Saharan Africa, women are the backbone of agriculture and make up most of the labour force in the sector.

COVID-19 is a wrecking ball that is tearing through society and showing no signs of slowing down. Civil society has not been spared.